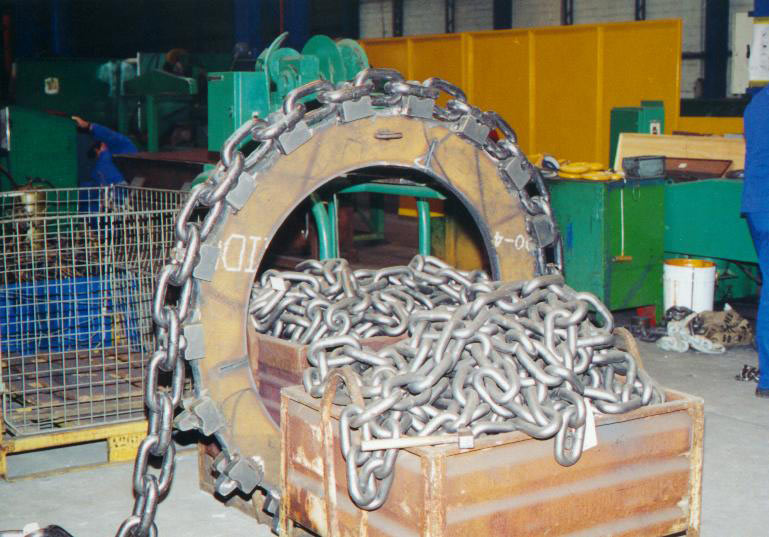 European manufacturer of chains for more than 180 years

In 1835 DAVAINE CHAINS was founded by Hyacinthe DAVAINE in Saint Amand les Eaux in northern France.

House DAVAINE devoted himself exclusively for over thirty years in the French manufacturing forged nails, chains for agriculture, marine chains and chains for hoists calibrated.

Nearly a century later, in 1926, Henri DAVAINE invents welding machines DAVAINE, then filed a patent is to mark the revolution in the manufacturing sector of French chains. These machines represent an advance of more than 20 years on the electrical material then used in France until that time.

By the late 60s, DAVAINE CHAINS is the first company to introduce on the French market high strengh chain in class 80.

In 1986 the company was bought by DAVAINE specialized MARIT institutions also in the production chains but larger caliber.

Since 1995, both companies gather at Valenciennes, on the same site of production of 20 000m². They unite their strengths and know-how as experts in the manufacture of steel chains.

DAVAINE CHAINES currently has the range for manufacturing the wider chains in France.

A production site as high as our ambitions of 20 000m² 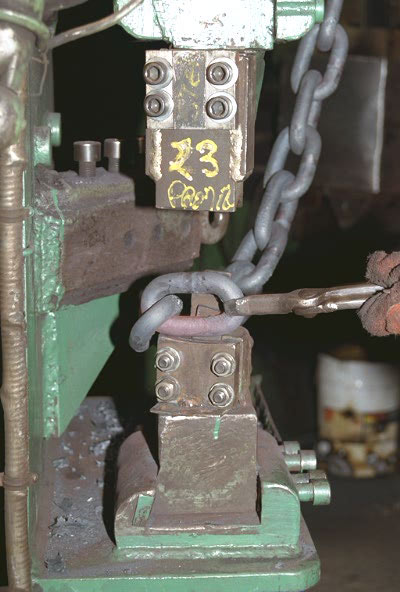 The DAVAINE production site based in Valenciennes, stretches over 20 000 m² of which 11 000m² covered.

Our production unit allows the manufacture of French channels from 5mm to 70mm diameter.

Thanks to an efficient production tools & quality control equipment we offer our customers products to best meet the requirements of their specifications.

Our factory has several traction benches, allowing to proof test the products with loads up to 8300 kN over 13 meters long.

Our integrated design office, allows the design of custom high strength steels technical alloys especially for the manufacture of lifting chains or chains of transmission. We also offer refractory steel chains and chain of stainless steel.